The monument of freedom 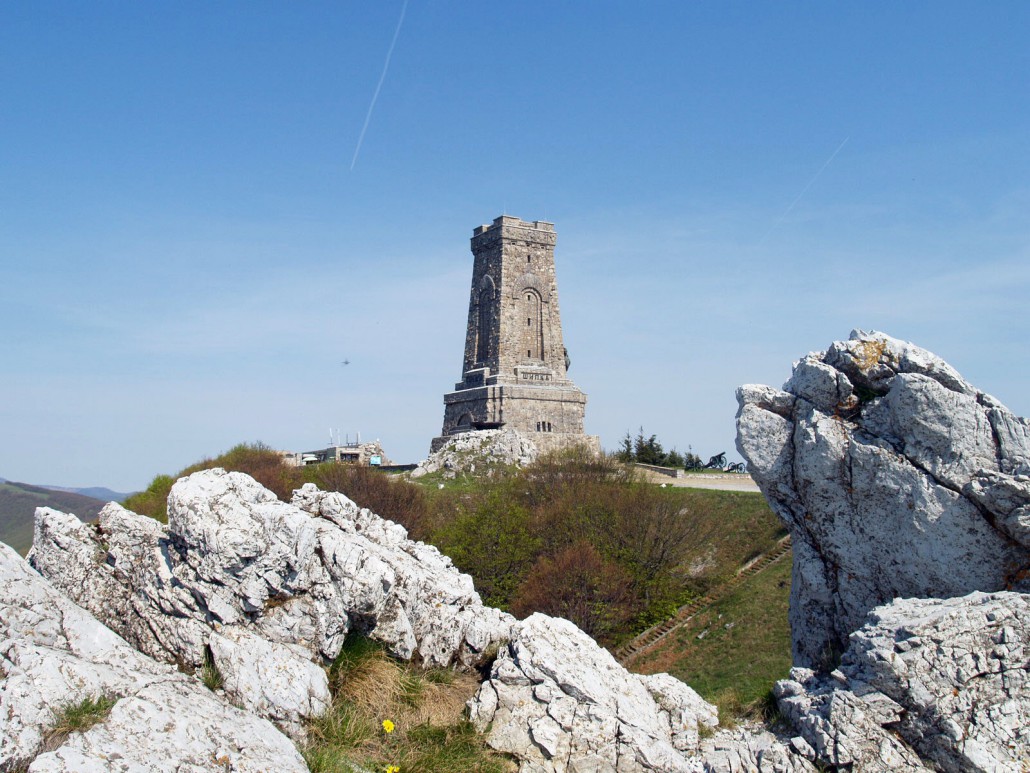 The Monument of Freedom is a monumental sculpture on Mount St. Nicholas. The monument was erected to honor those who fell for the freedom of Bulgaria during the Battle of Shipka. Around that time, the battles for the Russo-Turkish War and the Liberation of Bulgaria took place in the summer of 1877.

Built by the voluntary donations of the entire Bulgarian people, it was inaugurated by the head of state Tsar Boris III on August 26, 1934.

To reach the monument, a stone staircase with 894 steps must be overcome.

The Freedom Monument is a large tower in the shape of a truncated pyramid. Above the entrance of the tower stands a huge brass lion with a length of 8 m and a height of 4 m, weighing about 12 tons, consisting of 53 separate pieces. On the other sides of the tower are painted places of the great battles - Shipka, Stara Zagora, Sheynovo.

A female figure symbolizes the victory over the Turkish troops. On the ground floor of the monument stands a large marble sarcophagus, which houses some of the bones of the Russian soldiers and Bulgarian volunteers. Above it, there are 4 more floors, on which are located copies of Bulgarian battle flags and other relics. At the top of the tower, there is a beautiful view of the top of Shipka and the surrounding area